Ted Conover and The Transcendence of Good Writing

Ted Conover is the author of five books of nonfiction, Rolling Nowhere and Newjack to name a couple. Conover visited the campus at American University on Monday, February 4, 2013. Conover has a dignified presence, the bearing of a man who knows what it’s like to roll up his sleeves and get his hands a little dirty for the stories he loves to cover. Conover’s work is about uncovering the veil of truth in the lives of the peripheral characters he writes about. Conover addressed questions of structure in his famous article, “A Snitch’s Dilemma,” and thoughtfully answered questions from students, and professors, Rachel Louise Snyder and Stephanie Grant. When reading, Conover, at times, would take pause in the middle of a phrase, and either he’d smile, or more seriously, take a moment of repose. It was as if he was reliving these moments; so close to the work, Conover was back at Sing Sing, or at the Mexican-American border. Conover read from three of his works, Coyotes, Newjack, and The Routes of Man. He’s currently the Distinguised Writer-in-Residence at New York University’s Arthur L. Carter Journalism Institute.

CA: In Rolling Nowhere you hopped trains across America with little but the clothes on your back and your notebooks, documenting the lives of drifters. In Coyotes you immerse yourself in the world of an undocumented immigrant and you cross the Mexican-American border twice.  And in Newjack, you go undercover as a prison guard at Sing Sing.

What attracts you to the peripheral characters you write about? When you set out to tell these stories, do you see it as an opportunity to give them a voice?

TC: That’s part of it — many people’s voices go unheard and I think it’s important to attend to them. The advantages I had growing up, from supportive family to a good education, empowered me to serve as a witness to some of these lives, and I think it’s a worthy calling. Apart from that, I’m just curious. Class and privilege create blinders, and I like to see if I can take them off.

CA: I read that you teach/have taught classes on empathy in journalism. Can you speak specifically about the significant role of empathy in your work?

TC: I guess I see it as being about connecting to others unlike oneself. Part of that is an intellectual exercise and part is emotional; if you work at it, you can close the distance. An approach I’ve used is spending lots of time with my subjects, traveling and living and breathing the air they do and trying, as far as possible, to see things from their point of view. Empathy speaks to that connection. You can never completely understand another person, but there’s a lot you can do to close the distance.

CA: You have a pretty extensive background in anthropology. In a Q & A with Current Anthropology you said, “Anthropology influenced me a lot as far as what to notice and what to ask.” Specifically, can you talk about how anthropology influenced your line of questioning in your New York Times piece “A Snitch’s Dilemma” about Alex White, famed for his undercover work with the Atlanta Police Department, and implication of the police in the wrongful killing of Kathryn Johnston?

TC: Sure. I first learned about the value of informants to the police when I was a corrections officer at Sing Sing. Prison officials trade privileges for information all the time. But though the informant might receive favors, ultimately he loses status in his own community. “Jailhouse snitch” is not something any self-respecting person would want to become.

I became more interested in informants and snitching after some unsavory guys were arrested a couple of blocks from where I live in Riverdale, New York. They had just left what they thought were bombs in front of two synagogues. At first I felt relief, as I’m sure a lot of my neighbors did. The police, we concluded, had saved us by pulling the plug on a nefarious plot.

But at the trial matters were revealed to be more complicated than that. Bombing the temples was apparently the idea of an FBI informant who had infiltrated a mosque upstate. The guys he recruited to help him were losers, poor and angry. He gave them rides, bought them meals and offered them a lot of money–even a BMW–if they’d help him out. Even if they could have imagined a plot to bomb temples, none apparently had the means to pull it off–none even had a driver’s license! The choice of my neighborhood was apparently made by the snitch–the other guys had proposed Brooklyn. Informants are clearly indispensable in a variety of law enforcement situations, including stopping terrorist conspiracies before they happen. But I think there’s an important difference between infiltrating a conspiracy and creating one.

Anyway, I wanted to write about an informant, and the moral world of an informant: what could induce a person to sell out people who trust him? Anthropology suggests that there is probably a reasonable answer to a question like that. It suggests that getting that answer could be more complicated than simply conducting an interview. And finally it suggests that even people with super-low status, like a snitch, have compelling stories to tell. The challenge was to find one who would talk.

CA: I found a video on YouTube where you’re speaking about literary reportage at NYU Journalism. You said, “Literary reportage to me, holds this incredible promise of taking the basic skills of journalism, and learning how to tell stories, and try new things, literary things, things that add art to the just-the-facts approach.”

What do you mean by “things” that add art to your work?

TC: That doesn’t sound very articulate, does it? What I was trying to say is that journalism has moved beyond simply presenting a set of facts. Nonfiction writers have available to them most of the tools of fiction writers, including the use of characters, creative structuring, and suspense. We can set scenes and infuse a writerly sensibility. We can use first person narration, eschewed by generations of news reporters. I liken it to adding music, color, and even dialogue or voiceover to a black-and-white newsreel.

Have you read The Immortal Life of Henrietta Lacks by Rebecca Skloot? The basic outline of that story has been known for years. But Rebecca dug deeper and reimagined the meaning of the story, and, in small, judicious amounts, put herself in it. The result is a book about scientific research that is all flesh-and-blood. It’s impossible to put down.

CA: In my very humble beginnings, I once edited my high school newspaper. I remember being taught that the reader ought to know the “who, what, where, why, and how’s” of the subject in the very first paragraph of a story. This strikes me as something a bit archaic, like the basics of high school journalism. I’m curious to know how significant the first paragraph of any new work is, for you? How do you hook your reader? Is “hooking” your reader even a thing you worry about?

TC: Oh, sure. I edited my paper too, and would have been crazy not to think about how I was going to get and hold my readers’ attention from Page One to the back. Choosing the beginning to a long article is just a different version of the same concern. You have to worry about bringing a reader in and keeping him interested–especially if you’re going to write at length.

CA: Each of your projects appear to have very high stakes. The greater the risk the better the story? When approaching a project, are you all in despite risk? When was the last time you were legitimately scared for your life at work on a story?

TC: Risk does not equate to quality, and I certainly don’t choose subjects according to which will be the scariest to research. Good writing, to me, must be about more than the narrator’s fear.

That said, I’m not afraid to test myself, and I think there are many important stories out there that I can report only by taking on a certain set of risks. I very much try to manage the risk, and there are whole categories of subjects I won’t attempt, such as war reporting. (That said, my hat is off to Sebastian Junger and others of his tribe who will take those chances, sometimes at the dearest personal cost). 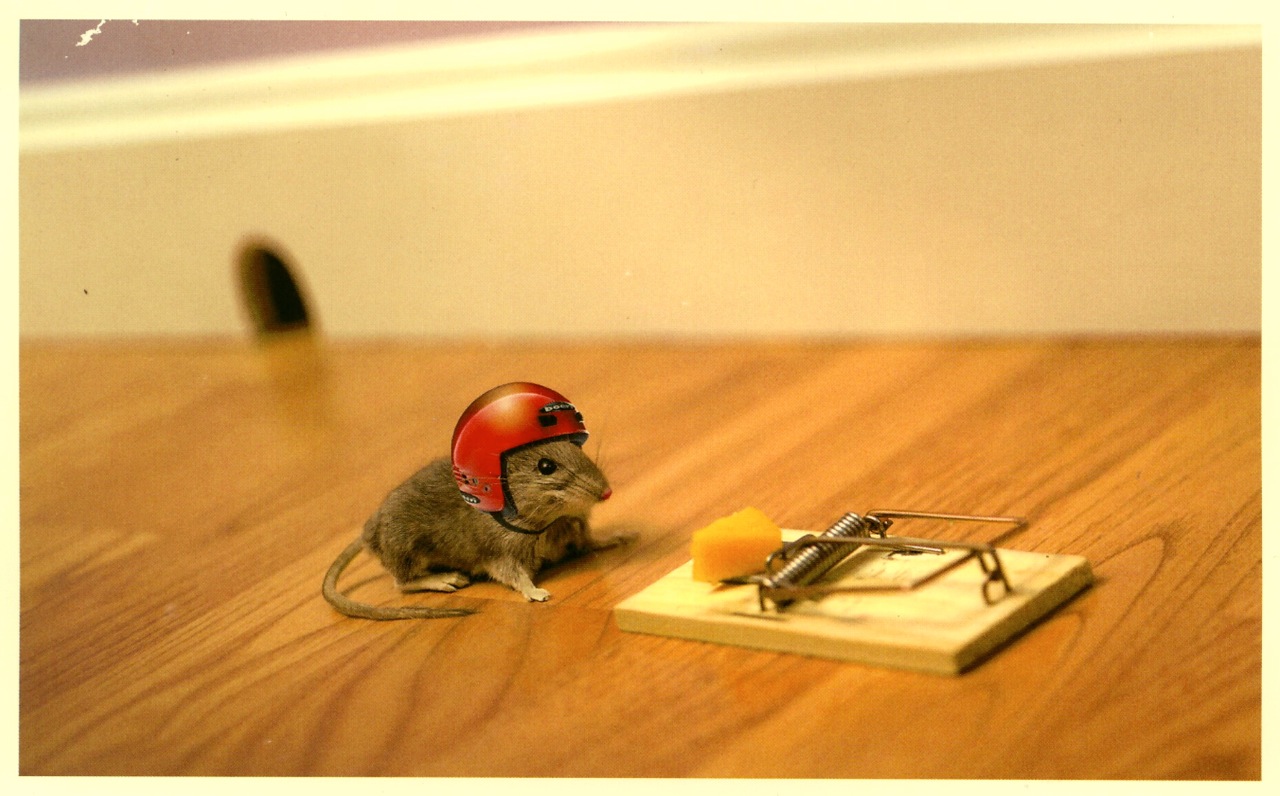 CA: What are your thoughts on the current state of magazine journalism? Is it abysmal or would you say there are new opportunities to be had? Where can young people focus themselves in this kind of career trajectory?

TC: There’s no question that it’s harder for a young person to get a toehold in the world of magazines than it was a few years ago. That said, I have students who publish pieces in them every semester. Some of these publications are online, which is absolutely fine–that’s the direction it’s all headed, after all.

I guess I’d offer three pieces of advice. One is to use your time as a student to become the best writer and researcher that you can. Good writing transcends platforms, and there will long be a home in our culture for good writing.

Another is to start building your brand, by blogging and Tweeting and aggregating your best work on a web page that has your name on it. And don’t eschew photos, audio, or video–there is a lot of cross-over between “This American Life” (both the radio and TV versions) and well-edited literary magazines, and writers who hope to make a living at it need to be open to consuming other media, and producing for it.

Finally, be agile. My colleague Clay Shirky recently observed that the turmoil and destruction in traditional media is profound but that, on the other hand, the gap between what exists and what is possible has never been wider. Young people are precisely the right ones to be focusing on what might be possible, and then creating it.